There seems to be a wide misunderstanding among investors and their advisers alike about the merits of saving for retirement using a plain old 401K.  I hear too many statements like “Tax rates are going up, look at the national debt.  Why pay taxes later when you can pay them at today’s rate?”  This misconception causes too many people to make bad decisions, such as contributing to a Roth account preferentially in their peak earning years or worse, not maxing out a 401K in order to invest in a taxable account or cash value life insurance.  Investing in a 401K is like getting a match from Uncle Sam.  There are three ways that a 401K lowers your taxes.

The most significant way that a 401K saves you taxes is the upfront tax deduction you get in the year you make the contribution.  For example, if my marginal tax rate were 32%, and I contributed $10K, I would save $3200 on my taxes that year.  Critics of the 401K argue that you’re just delaying the taxes.  Even if that were true (it usually isn’t as we’ll see shortly), that delay on paying taxes is still valuable.

There is a concept called “the time value of money”  which basically says that money now is worth more than money later.  This is especially true when you consider how our financial lives work. When did you really need some extra cash?

The fact is that a relatively small amount of money early in life can often be far more valuable than more money later in life.  Plus, if the US Government collapses, at least you enjoyed your 401k tax break before it did!

In a taxable account, the dividends and capital gains distributions that your investments kick out each year are taxed.  When you sell an investment with gains you also have to pay taxes.  Dividends and capital gains are generally taxed at a rate lower than your marginal tax rate, but the drag on your returns can still be significant.  For example, an investment that gains 8% with a yield of 2% taxed at 15% only grows at 7.7%.  On a $100K investment that drag totals $26K after 20 years.  In a 401K that tax drag is eliminated, allowing faster accumulation of your nest egg. 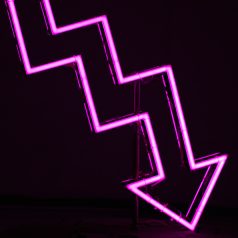 When you contribute to a 401K, you save taxes at your marginal rate, for example, 32%.  This is the rate at which the last dollar you make is taxed.  However, when you withdraw money from your 401K, especially if you don’t have a pension or other taxable income and haven’t started taking Social Security, the money will be taxed at a far lower rate.  It is taxed at your “effective” tax rate.

As an example using the 2020 tax year brackets, if you’re retired at 60, married, taking the standard deduction, and have no taxable income then: 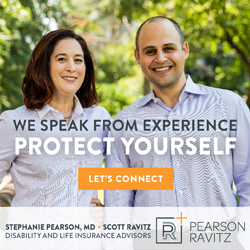 The bottom line?  If you’re in your peak earning years, most of the time you should max out every tax-deferred account available to you, including 401Ks, 403Bs, 457s, HSAs, SEP-IRAs, Solo 401Ks, profit-sharing plans, defined benefit plans, etc.  You can still get tax diversification by using a personal and spousal backdoor Roth IRA rather than the Roth option in your 401K or 403B and perhaps by doing a few Roth conversions in low-income years just before or after your retirement date.

What do you think? Are you using a 401K-like account to save for retirement? Why or why not?