[As we republish this 2015 post today, I was pleased to see it needed no updating at all, except to mention one of the best parts of our recent home renovation was to place a very sweet foosball table into the game room. Maybe my kids will have a chance in the med school lounge.]

My four years in medical school were some of the best years of my life. We were newlyweds and true DINKs (Dual Income, No Kids,) even if it wasn’t much of an income. I had my $920 a month military stipend and my wife was working as a ski instructor (comes with a personal and spousal season pass, far more fun than a personal and spousal IRA) or getting a teaching stipend while in grad school. We didn’t have much, but life was good.

Professionally, I was learning new things every day that I would be using for the rest of my life. Our class was just 100 people, and far more tightly knit than the tens of thousands at my undergraduate institution. Sure, there were disappointments upon getting my first gross anatomy exam results back (when I realized that everyone in medical school is as smart as I am,) but for the most part, the competitive part of my education was over and the collaborative part had begun.

Some of the best collaboration, of course, takes place in the student lounge. Many of the most important lessons of medical school I learned at the foosball table.

Lesson # 1 How To Take a Beating

We played a unique brand of foosball. We called it two-ball. It was played with four people, two per side, and with two balls at once. If the second ball went in your goal prior to you getting the first ball out of your goal and back into the game, that was a “Bjork,” named after our medical school dean, the fine Dr. Bjorkman. A Bjork was worth two points, rather than the standard one. The reason for two balls and Bjorks was that the game to 10 points went a lot faster so that many different people could play in the 10 minutes between classes.

However, it turned out that by the time my class sauntered into the lounge in September of our MS1 year, the MS2s were far more talented at this game than we were. Thus ensued a spectacular beating. A talented set of MS2s might run a dozen of us off the table in less than 10 minutes. It was probably three months before we ever beat the MS2s by the skin of our teeth, an event to be celebrated for sure. 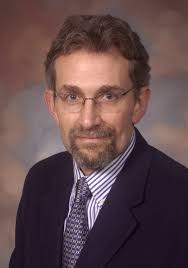 David Bjorkman, MD- A med school dean so fine he had a foosball shot named after him

But there was a lesson there, that carried over throughout the rest of medical school, certainly residency, and throughout our careers — We didn’t know much and our skills were even worse.  That humility came in particularly handy during MS3 rotations and internship.

It is also an important skill in investing. When you realize how cloudy your crystal ball is, you’ve taken your first step toward a winning investing strategy.

Lesson # 2 Take Advantage Of Your Strengths

However, all good things come to an end, and those MS2s eventually moved on to their MS3 rotations, rarely to be spotted in the lounge again. It was our turn to rule the table. Sure enough, along came a fine set of brilliant, but inept, MS1s. All those skills we had honed against the class of 2002 could now be placed into deadly effect against the class of 2004. They hung their heads and walked away as we called, “Next!” and another pair stepped up to take their licks.

Life is a bit like that too. Financially speaking, we all have strengths.

You probably don’t have all of these strengths at your disposal, but the chances that you have none of them are very low. Take advantage of the ones you do have. Those “MS1s” won’t suck forever– beat the snot out of them while you can.

# 3 You Can’t Carry Someone From The Front

Eventually, we’d get sick of plastering the MS1s 10-0, 10-1, 10-1, 10-0, and 10-2, all in less than 10 minutes and we’d mix it up a bit by putting an MS1 and an MS2 on each team. That was when you quickly learned that you can’t carry someone from the front. As many football coaches have learned, defense wins championships. And if you want to win with an MS1 on your team (and play in the next game instead of watch it,) you’d better make him the “front-man.” In Foosball, the front-man is in charge of the three-man and the five-man rows, rather than the far more critical two-man and goalie. While you can score goals from the back, you can’t stop a good player from the front.

Sometimes in life, we end up paired with an MS1, financially speaking. Your partner may have zero interest in investing, or perhaps a massive student loan burden. Or perhaps a spending problem. While financially speaking you would obviously be better off with an “MS2” on your team, life isn’t all about finances.

If you are paired up with an “MS1,” don’t try to carry him from the front. Take the lead with the financial planning, budgeting, and investing. Eventually, he’ll figure out how to play, get that five-man up when you shoot, and you’ll find financial success together. He might even teach you a thing or two about how to bring happiness through reasonable spending!

If you are paired up with an “MS1,” don’t try to carry him from the front. Take the lead with the financial planning, budgeting, and investing. Eventually, he’ll figure out how to play, get that five-man up when you shoot, and you’ll find financial success together.

Henry David Thoreau, in the ever-classic Walden, said this: 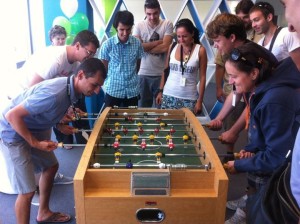 Age is no better, hardly so well, qualified for an instructor as youth, for it has not profited so much as it has lost. One may almost doubt if the wisest man has learned anything of absolute value by living. Practically, the old have no very important advice to give the young, their own experience has been so partial, and their lives have been such miserable failures [that] they are only less young than they were. I have lived some thirty years on this planet, and I have yet to hear the first syllable of valuable or even earnest advice from my seniors. They have told me nothing, and probably cannot tell me anything to the purpose. Here is life, an experiment to a great extent untried by me; but it does not avail me that they have tried it.

I could not disagree more. Aside from some diversion from studies, some of the most valuable time I spent in medical school was at the foosball table at the feet of my mentors. Yes, they taught me the delicacies of how to “push” and “pull” the ball prior to shooting and how to feed the ball so it always rolled to my best shooter, but more importantly, they passed down all kinds of practical wisdom, particularly when an MS3 or 4 would swing by the lounge for a few minutes.

Medicine, like most careers, is a game not only of WHAT you know and WHO you know but also WHEN you learn it. Picking up a few choice pearls of knowledge a few weeks, months, or even years before your peers makes all the difference in the world. Thoreau was wrong. Those who have passed before us have far more to teach us than we realize. Good decisions come from experience and experience comes from bad choices. But there’s no rule saying you have to make all the bad decisions yourself. Far better to learn from someone else’s bad decisions than your own. You can have all the same knowledge without the terrible consequences.

Our financial lives are no different. The more you can learn from the experience of others, the better.

I frequently run into someone with a fantastic idea about how to invest. The idea backtests well and seems intriguing. But then I find out the person is two years out of college, has a negative net worth, and has been following this fantastic strategy for only a few weeks. Maybe it will work out, maybe it won’t. But it seems far wiser to me to find a successful person who is 1, 10, or 30 years ahead of me and ask them how they did it. Then copy them.

If you want to be skinny, do what skinny people do. If you want to get rich (or comfortable, wealthy, financially independent, or whatever euphemism you prefer), do what rich people do. Sure, there are factors out of your control, but for the most part weight control like financial independence is the sum of thousands of tiny, seemingly meaningless decisions.

Eventually, we became the MS4s. Thanks to excellent preparation from our mentors we honored our rotations in our chosen specialty and matched at our #1 pick. We now had a little more time to swing by the lounge than we did as MS3s. Now was our chance to learn the joy of sharing some of what we knew with those who come behind. Maybe you showed up on this website as a figurative “MS1.”

Now is your chance to pay it forward. I can guarantee that someone you work with has too much of the wrong kind of insurance and too little of the right kind. Or is paying too much money for bad advice. Or thinks that he has to drive that $60,000 car even though he still owes $300K in student loans. Find a way to help him. You’ll both be better for it.

What do you think? Who has helped you financially and how have you passed it on? What valuable lessons were you given at your financial “foosball table?” Why is it so fun to pound the ball into the back of the goal while an MS1 has his head down next to it fishing your last shot out of the goal? Comment below!