I haven’t written about asset protection very often on this blog over the years, despite the fact that I expected to write about it frequently when I first started blogging. However, as I dove into the subject, I realized the likelihood of an above policy limits judgement that was not reduced on appeal was so low (although not zero) that it just wasn’t a very important subject for my readers or myself.

I’ve become somewhat more interested over the years as the gross amount and the percentage of my assets not protected by state exemptions grew. This process has become particularly acute the last few years as I now invest the majority of my money in taxable accounts and we underwent a home renovation that will significantly increase the value of my house, neither of which receive significant protection in Utah.

It doesn’t help my mindset to realize that I now have more to lose than I will ever make practicing medicine. So you might just see a few more asset protection posts around here, after all, as I share what I learn with you.

I was introduced to two asset protection techniques recently that I had not previously heard of and I suspect most of you haven’t either. So let’s discuss them today.

What does this mean? That means your creditors aren’t supposed to be able to “attach” themselves to your assets in a Delaware bank. Although most think this law was originally designed to protect the banks themselves, it seems to be extended to their depositors and there is some case law to back them up, particularly Provident Trust v. Banks and Delaware Trust Company v. Partial. Some limitations were described in Garretson v. Garretson however.

Sounds good right? Most of us bank online these days anyway, so why not pick a bank in Delaware. Even if the protection isn’t perfect, it’s got to be better than nothing, right? Well, it’s probably a little better for Delaware residents than the rest of us. Certainly, it is better if the entity owning the bank account (such as a trust) is also in Delaware and the interest paid is reported on Delaware taxes.

One downside of these “jurisdictional” asset protection techniques (such as Cook Islands or other overseas trusts) is that while the court may not be able to reach the assets, it can reach you. It can hold you in contempt of court and put you in jail until you voluntarily withdraw the assets. So unless you’re willing to move to the Cook Islands (or Delaware), realize this technique is just another obstacle and not necessarily impervious. But we do have a Delaware bank that advertises with us if you are interested. 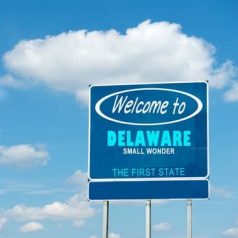 I had an attendee at one of my speaking gigs mention that his asset protection attorney told him to open his 529s in Alaska to take advantage of some additional asset protection. As a general rule, 529s are not protected from creditors. The money technically belongs to the account owner (generally the parent or grandparent) not the student, so it is exposed to their creditors. However, there are some states that do offer some protection, including: 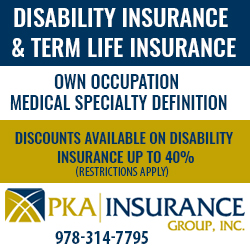 Florida’s protection appears to be particularly strong. Note that some states, including FL, TN, and TX don’t even require you to use their state’s plan to give you that protection. Alaska’s protection is pretty good, but I’ve never found it to be one of the top 529s out there from an expense or investment option perspective (for instance, expense ratios are in the 0.3-0.7% range in these T. Rowe Price funds), but since these plans are always improving as they compete with each other, perhaps it will become better over the years. As I look at that list, I do see two plans I would consider “top plans” on it, the NV plan (which is run by Vanguard which makes it really easy to manage it since you likely already have a Vanguard investing account) and the NY plan which also boasts low costs and good investments.

Since about half the states don’t offer a state tax deduction or credit for using their plan (and several give you the same tax break whether you use their plan or not), if you are in one of these states you might as well use the best out-of-state plan you can find. But if asset protection is a big concern, perhaps you’d prefer the Nevada or New York plan to the other top plans like Utah or California.

This post is still a bit on the shorter side, so let’s throw some bonus material in here. If you can go out of state for bank accounts and 529s, why not do it for HSAs too? There are a few states that offer some asset protection benefits for HSAs, including:

But this protection seems to be for residents in those states who open HSAs, not for HSAs located in those states. Even if that were the case, I do not believe either of my two top recommended HSAs for investing (Fidelity and Lively) are located in those states (Fidelity is headquartered in Boston and Lively is in San Francisco). At any rate, it is very clear that there is no federal protection for HSAs (see In v Leitch). It’s pretty much a taxable bank or brokerage account as far as the feds are concerned.

Should You Move Money Out of State?

So what’s the bottom line? What should you do? 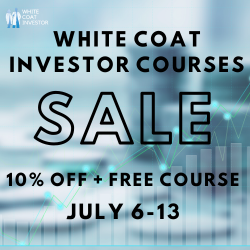 I’m also going to continue using the Utah 529 for my full contributions. I get a tax credit for the first $4K I put in every year and I don’t want to deal with the hassle of having two 529s for each kid. But if I lived outside Utah and my state didn’t offer a tax break for contributions, I’d probably use the Nevada (Vanguard) 529 instead of the Utah one. The expenses are about the same and I wouldn’t get access to DFA funds, but I’d get the extra asset protection.

I’m leaving my HSA at Fidelity as I don’t think it would help anyway. But if I were in one of those ten listed states, I might be a little more likely to leave money in my HSA while collecting receipts instead of spending from it each year.

What do you think? Are you taking advantage of any of these “jurisdictional asset protection techniques” for your bank accounts, 529s, or HSAs? Which ones and why? Comment below!

Take advantage of 10% off on WCI Courses through July 13!