Katie and I have made lots of financial mistakes in our lives. Some resulted in the loss of small amounts of money while others resulted in large losses. In no particular order, here is a list of some mistakes we have made:

This year it has been made quite clear to us that we have been making another mistake. In fact, it turns out we have been making this mistake for years. But it is a different kind of mistake. Before we get into the mistake itself, let’s talk for just a minute about the three kinds of financial mistakes that are commonly made:

The first kind of mistake is one that you make from ignorance. There are many good examples of this type of mistake in the list above. Many doctors have bought whole life insurance just because they didn’t know any better. You live and learn as you go through life and hopefully make fewer and fewer of this kind of mistake as you go along.

The second kind of mistake is when we do the wrong thing out of fear, greed, or another emotion rather than cold, hard logic. A classic example of this might be someone who carries around 16% credit card debt while having tons of money sitting in their checking account earning 0.01% because they are worried “something will come up”. Or, someone who buys Bitcoin at its peak due to FOMO — Fear Of Missing Out.

The third kind of mistake is when it turns out your assumptions were wrong. Life changes sometimes and can make decisions that we made in the past less than optimal. A lot of times these are only obvious mistakes in retrospect, but I’m not just talking about missed opportunities here. Sure, it was a “mistake” not to have bought Bitcoin in 2016 and sold it in late 2017, but that’s not exactly the same thing I am talking about here. Sometimes you assume one thing will be true in the future (tax rates, interest rates, rates of return, income, expenses, ability to work, etc) and it turns out not to be true. That can cause a lot of your prior decisions, which weren’t necessarily wrong at the time given your assumptions, to later be shown to be obviously wrong.

Sometimes a mistake can fall into more than one category. For instance, my decision to join the military to pay for medical school using the HPSP scholarship probably falls into all three categories.

Our latest financial mistake is one that falls squarely into the third category.

When we drafted up our financial plan way back in the mid-2000s, the assumption I used was that our income would be $225K per year going forward indefinitely. Everyone talked back then, as they do now, about stagnating physician incomes. $225K was the average emergency physician income at the time, so it seemed a reasonable assumption. As the years passed, however, that assumption turned out to be incorrect. A current full-time emergency physician these days makes something like $375K, and those working hard in private practice with a good payor mix can make significantly more.

In addition, a decade after that plan was drafted up we developed another source of significant income that you probably know about.

I hope your future income is much greater than you ever planned for — it sure turned out that way for us. The assumptions I had about my future income were incredibly wrong. One of the decisions we made based on those assumptions was the Roth versus Traditional 401(k) contribution decision. 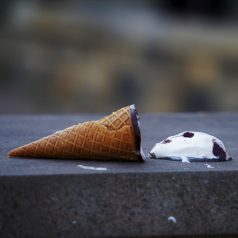 To be fair, the first time I ever had the option to make a Roth 401(k) contribution was in 2011, after I had already left the military (the Roth TSP is relatively new and wasn’t ever available to me while I was on active duty.) However, since that time we have probably contributed something like $400,000 to traditional 401(k)s that, in retrospect, should have been Roth contributions for reasons discussed in this post, i.e. the fact that we are high-income super savers likely to be in the top bracket in retirement. To make matters worse, there were at least three occasions when we could have made sizable Roth conversions and even switched to a WCI Retirement Plan that offered the Mega Backdoor Roth IRA sooner.

Looking back, it is really painful to think about 2007 when I made tax-deferred contributions to the TSP while barely into the 15% tax bracket. Contributing at 15% and later withdrawing at 37% (or more if tax law changes) is not a great financial move.

I didn’t have much of a choice at the time — the only alternative was a taxable account, but even that would have been better given that terribly negative arbitrage rate. But the truth is that there is no year in my life when I would not have been better off making a Roth instead of a tax-deferred contribution. That’s not to say we don’t have any Roth accounts at all. Ours are larger than most docs as we have made Roth IRA contributions every year for the last 16 years and done a Roth conversion or two, but they should be twice their size.

How to Overcome Financial Mistakes

All of us are going to make mistakes in our financial lives. Here is a step-by-step guide to dealing with them, using my own mistake as the example.

Step one is to admit you were wrong. This is surprisingly hard to do. I see people all the time hold on to individual stocks in which they are underwater. Selling admits they were wrong, so they never sell. This is particularly tragic in a taxable account because if they had sold (i.e. tax loss harvested) at least Uncle Sam would be sharing their loss. Same thing with people who held on to their whole life insurance policy for years even after they knew buying it was a mistake (yeah, I did that too.) Too many of us fall prey to the “sunk cost fallacy.” Admit the mistake and move on. I had an inkling a year or two ago that this was going to be the case for our Roth issue, but even for 2019 we had some tax-deferred 401(k) contributions and we passed up on a Roth conversion we could have done. I should have admitted the mistake earlier.

The next thing to do is to try to minimize the damage from your mistake. For example, that townhome we bought inappropriately as new attendings and then couldn’t sell when I left the military in 2010. We put a renter in (waiting way too long to do so) and then, when we actually could sell it (still at a loss), we were able to use the loss as a big deduction and have Uncle Sam share our pain. Tax-loss harvesting is a great way to minimize the damage of an investment mistake too.

In my case with this Roth issue, I’ve got a couple of great options for minimizing the damage. We generally give lots of money to charity, which allows us to flush capital gains out of our taxable account by donating share in kind instead of cash. But once you turn 70 1/2, you can give up to $100,000 a year as a Qualified Charitable Distribution, part of your Required Minimum Distributions that now begin at age 72. In addition, we can preferentially leave the tax-deferred accounts to charity at our deaths. 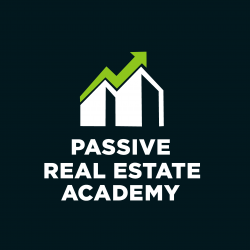 When you find yourself in a hole, it’s best to stop digging. In our case, that means to stop making tax-deferred contributions wherever possible. So our employee 401(k) contributions this year will be Roth contributions and instead of making employer contributions in our WCI 401(k)s, we’ll be doing Mega Backdoor Roth IRA contributions like last year.

There is little sense in beating yourself up over a mistake, especially one caused by making reasonable assumptions that later turned out to be wrong. In fact, there are likely some future scenarios, no matter how unlikely, where it may turn out the mistake wasn’t as bad as you thought (or maybe not even a mistake at all.) The water is under the bridge and the milk is already spilled. If you let your financial mistakes paralyze you, you are likely to make more of them. Let them go.

The water is under the bridge and the milk is already spilled. If you let your financial mistakes paralyze you, you are likely to make more of them. Let them go.

I hope that framework (and the fact that we’ve been successful despite making many mistakes) is helpful to you.

What do you think? What mistakes have you made and what did you do about them? Comment below!

The post How to Overcome Financial Mistakes appeared first on The White Coat Investor – Investing & Personal Finance for Doctors.