[Editor’s Note: Join with me on July 27, 2020, at 5 pm MST for a FREE webinar, “An hour with the White Coat Investor: Managing Your Money During a Pandemic”. I’ve teamed up with Locumstory for this event where we’ll discuss strategies for managing your finances during this time of financial instability. Register NOW to join the conversation!]

I first wrote about multiple 401(k) accounts back in 2013 in a post entitled Beating the $51K Limit (for which I am still eternally grateful to Mike Piper for the pearl that grew into that post.) Well, the $51K limit has since grown into the $57K limit in 2020 thanks to inflation, but all the same principles still apply.

I get tons of questions on multiple employer 401(k) in our Forum, Podcast, Facebook, and Reddit groups, in the comments sections of the posts on this site and by email. Heck, this post already has over 1,000 comments! Mostly, I wrote this post so I could copy and paste its URL instead of typing the same old stuff over and over again. (Come to think of it, that was the motivation for starting this site in the first place.)

Here’s the deal. Many physicians work for multiple employers or work as an employee and either an independent contractor or a consultant. Many others have a side job of another type. Their incomes are far higher than they require for their current spending needs, but they’re behind on their savings or otherwise have a desire to maximize the amount of money they can put into retirement accounts, especially tax-deferred retirement accounts.

Obviously, these types of accounts minimize tax, maximize returns, increase asset protection, and facilitate estate planning. Who wouldn’t want to get more money into them? However, most of these doctors are surprised to learn that they can have more than one 401(k). That’s right,

Okay, now that I’ve got that out of my system, let’s make a list of the 7 governing rules for using more than one 401(k):

This is when a parent business (corporation, sole proprietor, LLC, partnership etc) owns 80%+ of another business.

This is where 5 or fewer individuals, estates, or trusts own a controlling interest (again, 80%+) of two different businesses.

So if the two businesses you are involved in aren’t a controlled group, and they each have a 401(k), (or a 401(k) and a SEP-IRA) you get two $57K limits. Pretty cool huh? There are several common examples where this could apply to a physician:

A 40-year-old married physician whose spouse doesn’t work is a partner in a 100 doctor partnership which offers a 401(k)/Profit-sharing plan in which he can “self-match” up to the $57K limit. The partnership also offers a defined benefit/cash balance plan with a $30K limit. He makes $300K practicing medicine. He is also the sole owner of a website on the side that makes $300K per year and has its own individual 401(k). Both 401(k)s offer a Roth option. What is the maximum amount he can put into Roth accounts in any given year without doing a conversion of tax-deferred dollars?

This 52-year-old married physician (spouse doesn’t work) is an employee of a hospital where she is paid $200K. She has a 401(k) with a set $20K employer profit-sharing contribution (not a match) and the hospital pays most of the premiums on a non-high-deductible health plan. She moonlights across town as an independent contractor and is paid on a 1099, where she earns $100K and has opened up an individual 401(k). The hospital 401(k) has terrible investments and high fees. How should she allocate her retirement savings in order to best use these options?

A 40-year-old single physician is in a business partnership with one other physician and they have several employees. Due to hassles and the costs of their employees, they have opted to use a SIMPLE 401(k) for their practice. He makes $200K. He also does some consulting work on his own as a sole proprietorship where he is paid on a 1099, about $50K per year. He and his physician business partner recently opened up another business where they sell a medical device. They are the only owners of both the practice and of the corporation that sells the device (which has no employees.) He makes another $50K from this company of which $25K is salary and $25K is a “distribution” from the S Corp. What kind of retirement set-up should this physician do?

The employer contribution in an individual 401(k) and a SEP-IRA is exactly the same (for those under 50), but since you can also make an employee contribution into an individual 401(k) (and 401(k) money isn’t included in the backdoor Roth pro-rata calculation,) a 401(k) is generally the better option for the self-employed, even if it is slightly more complicated to open (and must be opened in the calendar year rather than before tax day of the next year.)

Each unrelated employer should only have one of these three types of accounts for each tax year. However, you could open a SEP-IRA for your self-employment income in March 2021 for tax year 2020, and then open an individual 401(k) in June 2021 for tax year 2021 if you like. Remember that just because you are the sole owner of two separate businesses doesn’t mean you get two different retirement accounts. Those businesses are a controlled group.

457(b)s, Backdoor Roth IRAs, HSAs, and defined benefit/cash balance plans all have their own separate limits that have nothing to do with the limits for 401(k)s, 403(b)s, SEP-IRAs, and SIMPLE IRAs. Putting more into a Roth IRA doesn’t mean you can’t still max out your 401(k). 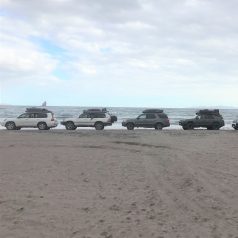 My Accountant Doesn’t Believe You

Obviously, having access to multiple 401(k)s is an unusual situation among Americans in general, even if it is quite common among doctors. As such, an unbelievable number of accountants (and especially their clients) have a misunderstanding of the rules noted above, particularly the one about having a separate $57K limit for each unrelated employer. However, taking a look at this article on IRS.Gov written in layman’s language, you can see this is true:

Total annual contributions (annual additions) to all of your accounts in plans maintained by one employer (and any related employer) are limited. The limit applies to the total of:

There are separate, smaller limits for SIMPLE 401(k) plans.

If that’s not enough for your accountant, you can simply go straight to the actual code sections in question, in this case, 415(c) (where the $57K limit comes from, originally $40K.) Be sure to scroll through subsections (f) through (h) where the relevant examples are used:

Note how it says all defined contribution plans OF AN EMPLOYER are to be treated as one plan. Section (g) reads similarly:

… the Secretary, in applying the provisions of this section to benefits or contributions under more than one plan maintained by the same employer, ….with respect to which the participant has the control required under section 414 (b) or (c)…shall…disqualify one or more…plans…until such benefits or contributions do not exceed the limitations contained in this section.

Again note the key words — BY THE SAME EMPLOYER. So, different employer, totally separate $57K limit.
What do you think? Are you using multiple retirement plans at unrelated employers? What is your set-up? Comment below!

Need a tax pro that can help lower your tax bill? Contact one of our Recommended Tax Strategists!