Pediatrics sometimes becomes the “whipping boy” in the physician financial blogosphere. When people want to use an example of a doc on the low range of the income scale, they reach for a pediatrician despite family docs and internists having similar incomes and some docs (occupational medicine, public health, preventative medicine, military medicine etc) having even lower incomes. Maybe it is because there are so many pediatricians or maybe it’s just tradition, but it is what it is.

I’m as guilty of it as anyone and I’m going to do it again today. Except for today, we’re going to take a little bit different approach. Today I want to actually quantify the opportunity cost. I want to mathematically examine the argument that is often only alluded to.

Before we get into the numbers, however, I think a few things ought to be said. Any time I write a post about this and actually name a profession or specialty I get hate mail. “Why are you discouraging budding pediatricians/dentists/veterinarians/whatever?” I was even accused of being “anti-dentite” recently. So I want to be really clear about where I stand on a few issues.

I think all of those stances are either clearly based in fact or that I can make a strong argument for my opinion. But there is nothing between the lines there, so don’t try to find something and accuse me of it.

Measuring The Opportunity Cost of Pediatrics 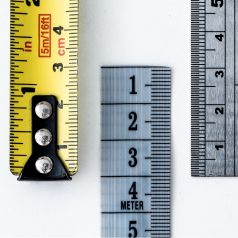 Let’s start with a few assumptions. First, we’re going to compare two doctors. One is an emergency physician making the median income of $350K and the second is a pediatrician making the median income of $225K. Both docs did a 3-year residency. Both docs left medical school with the median MD debt of $200K at 7% that grew to $230K during residency. Both are good WCIers who know how to live like a resident. They give themselves a little raise after residency, and will live on $60K a year until the student loans are paid off. At that point, the docs will save 20% of gross for retirement until they reach financial independence. We will also assume that all disposable income goes toward loans until loans are gone. That’s not necessarily what I recommend, but is a simplifying assumption that won’t make a huge difference. We’ll assume incomes stay constant and that investment returns are 5% after-inflation. The emergency doctor will have an effective tax rate of 22% and the pediatrician will have an effective tax rate of 18%. Those are arbitrarily chosen and will obviously be higher than some docs pay and lower than other docs may pay. If you don’t like my assumptions, make your own and run the numbers yourself.

Question # 1 How Much Longer Will The Pediatrician Have to Live Like a Resident?

Conclusion: The loans will be paid off in 13-14 months.

Conclusion: The pediatrician will have to “live like a resident” for 2 years instead of 1.

Question # 2 How Much Longer Will The Pediatrician Have to Work to Hit Financial Independence?

In this situation, we’ll assume the doctors’ FI number is 25 X 1/2 of their peak earnings, basically $4.375M for the emergency doc and $2.81M for the pediatrician.

Conclusion: The pediatrician will have to work one year longer to become financially independent.

Question # 3 How Does That Change if the Two Doctors Have the Same Lifestyle?

Now, it would obviously not be very smart to try to live the same lifestyle as someone earning $350K if you were only earning $225K, but who says doctors are smart? In this example, let’s consider what happens if the two doctors actually spend the same amount of money, both during their career and in retirement. Let’s peg that at an arbitrary $144K/year on lifestyle. That’s $12K a month. That pays for a pretty nice life. In order to preserve that lifestyle in retirement, they’ll need something like $144K * 25 = $3.6M. 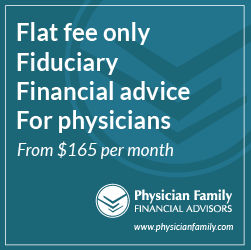 Conclusion # 1: It’s really important to adjust your lifestyle for your actual income. You don’t get a pass on math. The less you make and the more of your income that you spend, the longer it will take to reach financial goals.

Conclusion # 2: A pediatrician family will have enough income that, if managed well, will provide a wonderful life during the career and still allow for retirement at traditional retirement age without ever feeling financially deprived.

What do you think? Did you put any consideration of income/lifestyle into your specialty choice? Why or why not? Were you glad you did or didn’t? When, if ever, would you recommend against a lower-paying specialty? Comment below!