[Editor’s Note March 2020: We frequently republish older posts and given the recent market decline, it seemed like a good idea to republish this one this week. Hope you find it useful. Expect a lengthy post this Friday about things to do in a bear market, one of which is rebalance your accounts according to your written investing plan.]

Could you address how to rebalance IRA accounts in one of your articles? I believe this should be done yearly, correct? If not, could you point me towards some articles/resources?

I thought it might be a good time to discuss a few things about rebalancing such as the why, when, and how.

The whole point of the “know-nothing” fixed asset allocation approach to portfolio management is that you have no idea what is going to happen in the future. It is really a very liberating idea because it allows you to quit spending time on activities that do not add value to your portfolio. The idea is that you focus on the things you can control, like asset allocation, costs, tax management, and receiving the “market return,” and forget everything else. Basically, you set up your asset allocation to be something like this (and I’ll use my parent’s portfolio as an example):

Over any given period of time, one of these asset classes will do better than the others and conversely, one will do more poorly. I have no idea which except in retrospect. However, as the percentages change, the amount of risk the portfolio is taking on changes. For example, if stocks do great for 10 years and bonds do poorly, it is quite possible that instead of a 50/50 portfolio that this portfolio becomes 75/25. A 75/25 portfolio rises much quicker when the market goes up, but also crashes harder in a temporary or permanent (the real risk of investing) downturn.

Returns the portfolio to the desired amount of risk.

Forces you to buy low and sell high, although in general, this one is a bit of a myth. Since most of the time “high-expected return” assets like stocks actually have higher returns, selling a high-expected return asset class and buying a low return asset class probably lowers overall returns, despite any “bonus” from buying low. However, the discipline it instills to buy something that hasn’t been doing well does a lot for an investor’s ability to stay the course.

Many investors have a curious need to tinker with their portfolio. I literally only mess with my parents’ portfolio twice a year. First, to rebalance and second, to take a Required Minimum Distribution (RMD) out of the portfolio. Frankly, you can do both at the same time if you like. Portfolio management can literally be that easy. It is honestly less than an hour a year. It costs them 9 basis points a year for the fund Expense Ratios (ERs) and has provided an annualized return from Mid-2006 through 2014 (through one big bear and one big bull) of 7.42% per year. My parents feel zero need to tinker, but many investors do, and at least this gives them something to do rather than make a behavioral investing mistake.

When to Rebalance Your Portfolio

There are Really Two Schools of Thought About Rebalancing

1) Rebalancing Based on Time

The first is that you should rebalance based on time. Some people do it once a year, on the first of the year, on their birthday, when taking RMDs, or when making an annual contribution. The data shows that you probably should not do it any more frequently than once a year and that every 2-3 years is probably fine. That’s not going to do much for the tinkerer, of course. My parents have done theirs in March when a contribution was made (which has made for some surprisingly fantastic accidental market timing by the way) for the last decade but we’ll probably change to December soon when the RMDs are due since they are now fully retired.

However, if you’re relatively early in the accumulation stage like I am, rebalancing once a year assumes that you’re making relatively balanced contributions into your accounts. I’m not.

Given my multi-asset class portfolio and half a dozen investment accounts, it would be way too much of a pain (and cost) to contribute to every asset class every time I add money to the portfolio. So I tend to look at what’s done poorly recently and rebalance with new contributions as I go along. For a young accumulating investor, it generally takes massive market movements for you to have a need to actually sell anything anyway. 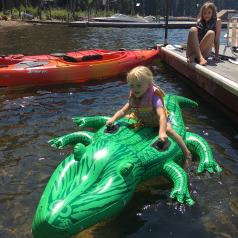 The second school of thought on rebalancing is that it should be event-focused. These folks tend to use rules like the 5/25 rule. That means if an asset class is “off” its target allocation by more than 5% absolute, or 25% relative, then you rebalance the entire portfolio immediately. So, to demonstrate how this works, let’s look at my parents’ portfolio.

So now you’ve determined that it is time to rebalance. How should you do it? Well, rebalancing doesn’t make a HUGE difference, so it is very important that if you are going to do it that you minimize the costs of doing so lest the costs outweigh the benefits. Here are some tips to reduce costs:

It is generally not a good idea to have the exact same asset allocation in all your accounts. Thus, you don’t want to rebalance your accounts individually. Consider it all one big portfolio (at least all accounts aimed at one goal, like retirement), and manage it that way.

Use a spreadsheet or other chart like the one above. You can even add a column showing the dollar amounts to buy and sell with minimal Excel knowledge. It might look like this:

If you have losses in a taxable account, tax-loss harvest them. $3,000 worth of losses can be taken against your regular income on your taxes each year and carried forward to future years. Plus, losses can be used to offset any gains you may have from rebalancing. In fact, you should be tax-loss harvesting any time you have a significant loss, not just when its time to rebalance.

There is no cost to rebalancing with new contributions. So use them to rebalance as much as you can. In fact, if you are a beginning investor, it might be decades before you have to actually sell something to rebalance.

If you avoid reinvesting your dividends and capital gains in a taxable account, those work just as well as new contributions.

6) Taxes Are the Largest Transaction Costs

As a general rule, your largest transaction costs are taxes, so it is best to do your rebalancing inside 401(k)s, Roth IRAs, or other tax-protected accounts rather than a taxable account where it may generate capital gains. The goal is to rebalance for free. My portfolio would have to be REALLY out of whack before I actually paid money to rebalance it.

I’ve become much more laissez-faire about rebalancing in the last few years. It just doesn’t matter that much. Besides, the day after you rebalance your portfolio will just be “out-of-whack” again. So don’t get worked up about it. For example, your portfolio might include 10% investment real estate that is particularly hard to rebalance due to liquidity issues and transaction costs. You just can’t sell 6% of your apartment building. Either deal with it or simply add a similar, but more liquid investment (like a REIT index fund) to that particular asset class. Then you can do the rebalancing with the REIT fund. Is it perfect? No. Does it need to be? No.

Likewise, some 401(k)s (like the Federal TSP) make things tricky. They only let you rebalance the account based on percentages, not dollar amounts. That’s fine if it’s the only investment account you own. But if you’re like me, you have to convert the percentage amounts to dollar amounts before putting in the transaction orders.

Also, keep in mind that buy/sell orders have to go in at different times of the day depending on the account. If you’re using ETFs, they have to occur while the market is open. With the TSP, the deadline is noon Eastern. With Vanguard, the deadline is 4 pm Eastern (market close.) Although you don’t need perfection, it’s probably best to try to get all your buy/sell orders in on the same day when rebalancing.

If you’re lucky enough (or unlucky enough) to only have a single investment account, then feel free to use an auto-rebalancing solution such as a Vanguard Target Retirement or Life Strategy fund. This works with multiple accounts also, as long as they all have that particular investment available. Just be aware if one of those accounts is taxable you may be giving up a little on the tax side to improve simplicity.

Still seem too complicated? Then hire an advisor. I list many low-cost ones here, even if the lowest-cost one can be found in your mirror each morning. If rebalancing seems too tough, actually putting the portfolio together in the first place will probably be overwhelming. The fewer the asset classes and the fewer the accounts, the easier portfolio management will be. You simply have to balance that ease of management against the possibly higher returns (and fun you’ll get tinkering) from making things more complicated.

My rebalancing is ridiculously complicated with 11 asset classes and 11 accounts spread across the universe at Vanguard, Bridgeway, Lending Club, Prosper, Fidelity, TD Ameritrade, Schwab, HSA Bank, and the TSP. And that doesn’t even include all the 529s. I actually have to do multiple Roth IRA transfers a year just to keep things reasonably balanced. I can completely understand someone hiring an investment manager to avoid dealing with all that. But it wasn’t particularly complicated in the beginning, and just like learning to do your own taxes in residency only requires you to learn one or two new things every year, adding another asset class or account every now and then isn’t that big a deal. Excel is your friend.

The post Rebalancing – Back to Basics appeared first on The White Coat Investor – Investing & Personal Finance for Doctors.