The recently passed SECURE Act may be the most overblown piece of “retirement” legislation that I can recall ever being passed by Congress and signed into law by the president. Financial publications and bloggers are dutifully writing their pieces about how “groundbreaking” it is, but in my opinion, this one is a real yawner. If this legislation changes your financial plan in any significant way, you’re in a tiny minority. Let’s go through the changes one by one and see if you agree with me.

Financial publications and bloggers are dutifully writing their pieces about how “groundbreaking” the SECURE Act is, but in my opinion, this one is a real yawner. If this legislation changes your financial plan in any significant way, you’re in a tiny minority.

Now retirees who would rather hoard their Required Minimum Distributions (RMDs) instead of spending them can do so in a tax-protected account before transferring it to a taxable account (and paying the taxes due) for 1.5 more years (technically either 1 more year if born in the second half of the year or 2 more years if born in the first half) than they could before. Big Whoop. If you’re in this position, I would encourage you to withdraw 3-4% of that IRA at age 70 and spend it anyway. Hearses don’t have trailer hitches. It turns out something like 80% of retirees are already taking out more than the RMD anyway, so this doesn’t apply to many.

Seriously though, as small of a change as it is, I guess every little bit of tax protection helps so we shouldn’t look a gift horse in the mouth. You don’t HAVE to wait until age 72, it just provides the option. Great! More options are usually better than fewer.

One of the coolest tax tricks out there has just been severely limited. It used to be that if you left a Roth IRA to an infant, it could potentially have provided tax-protected growth for not only your entire life (80+ years?) but for your heirs’ entire life (100+ years?) for a grand total of 180+ years of tax protection. It was a cool idea and some people even built their estate plans around it, even if it was never really more than theoretical because the accounts simply haven’t been around long enough for anyone to have actually done this.

You see, IRAs were only started in 1974 and Roth IRAs were started in 1997. So in reality, even if you contributed for a decade, let it ride for a decade, and then left it to your heir in 1994, they’ve only been able to stretch it for 25 years for a total of 45 years of tax protection, not 180+ years (and even less for a Roth IRA). However, Congress has decided this sort of tax-free legacy probably isn’t good for society (similar reason to why there is an estate tax I suppose) and so has limited it to just 10 years.

In reality, most people never build much of an IRA. I mean, the median American retires with a nest egg just over $100,000. Even if they never spent any of it and left it all to an heir, it’s just not going to be much. Most people burn through a large chunk of their IRA in retirement and whatever is left to heirs is probably withdrawn pretty quickly and spent. What percentage of heirs were ever going to still be stretching a large IRA for more than 10 years? It can’t be very many. But for those families that were doing serious multi-generational tax planning, this change could potentially add up to a pretty significant loss. But squashing this “loophole” is pretty similar to getting rid of 529 plans–you’re only really hurting the upper class here and nobody is going to feel much sympathy.

Incidentally, there is one “good” thing about this change–there are no longer any RMDs in those 10 years. You can now take it all out in year 10 (or split it over years 8-10 to minimize the tax hit).

There are a few exceptions too, in case the law wasn’t complicated enough already–your spouse, the disabled, the chronically ill, children younger than 18 (at least until they turn 18), and folks who are not more than 10 years younger than the previous IRA owner.

# 3 You Can Now Contribute to Traditional IRAs After Age 70

In another yawner of a change, you can now contribute to a traditional IRA if you keep working after 70. This is like putting a double trailer on your hearse I guess. I mean, it’s fine; every little bit counts. It’s not like you HAVE to work past 70 or you HAVE to contribute to an IRA. It’s just an option. Incidentally, they didn’t raise the age on Qualified Charitable Distributions (my favorite way to give to charity in retirement, at least for the first $100K/year.) You can still start making those at 70, although their real benefit was that they counted toward your RMD for the year.

Here’s another one that has gotten a lot of press for some bizarre reason–you can now use 529 money to pay off student loans. I guess it sounds nice and maybe it helps a little, but it’s hardly worth the additional complexity it may add to your financial life.

First, I generally recommend you pay for your own education before you starting saving for your kids, so you shouldn’t really have a 529 and student loans at the same time.

Second, I generally recommend you exhaust your own and family resources before taking out student loans, so again you shouldn’t really have a 529 and student loans at the same time.

Finally, some are seeing a state tax arbitrage here where you contribute to a 529, get the state tax deduction or credit for the contribution, then immediately withdraw the money to use it to pay off student loans. Well, this would certainly work, but only for the first $10K. In my state, that’s a $500 tax credit. Better than a kick in the teeth, but it’s not going to move the needle on the $200-300K average student loan out there for docs. The interesting thing is that the federal government has essentially just passed out a state tax break without actually asking the states for their approval. I don’t think anyone cares much, but if they did, this one could get tied up in courts for years.

I’m not sure who the insurance companies paid off to get this one in there, but expect annuity sales to go up a bit. I’m not necessarily against a good Single Premium Immediate Annuity (SPIA) being used for the right person, but we all know that most annuities are terrible products made to be sold and not bought and peddled inappropriately like many other products that mix insurance features with investments. There were two changes that make it easier to sell annuities inside of qualified plans.

The first is the establishment of a “fiduciary safe harbor” that lowers the risk of a plan participant coming back and suing the plan fiduciary (often YOU the practice owner) if the insurance company goes broke and can’t pay on the annuity as promised. It’s disappointing that this law specifically exempts the fiduciary from having to choose the lowest cost option (which seems like a very fiduciary thing to do to me.)

The second is that annuities sold inside qualified plans are now a bit more portable. If the annuity option is taken out of the plan, the participant is no longer hosed by having to liquidate the annuity, but can roll it out of the plan “in-kind.” 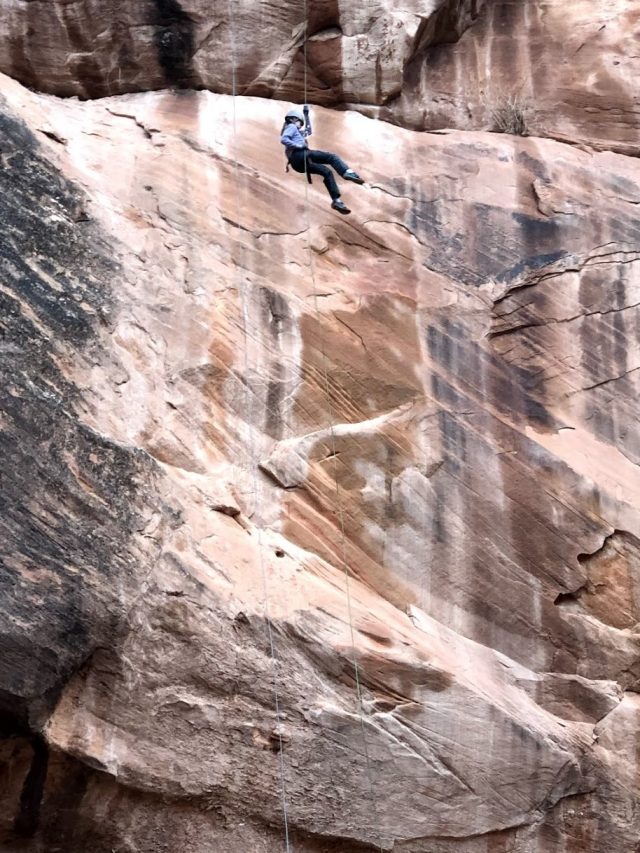 Want to be secure? Be like Whitney and don’t let go of your brake hand.

These two changes will have the overall effect of making annuities slightly more attractive to include in plans and more frequently used. Done properly, that’s not a bad thing. But I guess I have pretty low expectations from insurance companies in this regard and expect to see inappropriate sales of inappropriate products to unsuspecting victims go up.

There were already lots of exceptions to the Age 59 1/2 rule (gets you out of the 10% early withdrawal penalty) including a first home, education, early retirement (via the SEPP rule) and others. Now there is a new one–you can take $5K out of your IRA or Roth IRA for the birth of a new child or an adoption. Again, I don’t recommend you raid a retirement account for non-retirement expenses, but the option is nice to have.

The TCJA changed the Kiddie Tax (tax on unearned income over $2200 in 2019 of minor children) from the parent’s bracket to the trust brackets. This law changes it back. You probably didn’t notice.

# 8 Changes Made to Encourage More and Better Employer Retirement Plans

Finally, there were a bunch of great changes made that should make it easier for employers to “do the right thing” with regards to retirement plans for their employees. This is actually one of the most exciting parts of the whole Act in my book, even though none of these got any headlines.

All in all, mostly positive changes except for those looking to leave their Roth IRAs to their great-grandkids. Hard to complain too much here. But to think any of this is life changing? That’s a bit much for me. That said, keeping up with changes like these each year is part of what I see as Continuing Financial Education, so be sure to tune back in again next year about this time for the latest update!

What do you think? What provision are you most or least excited about? How will this law change your financial plan? Comment below!