I’ve been a Boglehead for a long time, although to be fair, I was a Bernsteinhead before I was ever a Boglehead. But I was on the Bogleheads forum before there was a Bogleheads forum, back when it existed as the largest forum at Morningstar.com called the Vanguard Diehards. I was once the 8th most prolific poster on the forum and still rank in the top 20 despite putting 99% of my online efforts over the last decade here at The White Coat Investor. I’ve attended a couple of national Bogleheads meetings, spoken at local Bogleheads meetings, been on the Bogleheads podcast, been censored, moderated and banned on the forum, written a chapter in a Bogleheads book, and read all three books. In a lot of ways, the origin of The White Coat Investor was simply the adapting of the “Boglehead Message” to physicians and other high-income professionals.

So let me be very clear when I criticize my fellow Bogleheads that the amount of good being done on the forum is several orders of magnitude larger than the amount of harm. But if you can’t step back and chuckle at yourself every now and then, you’re probably wound a little bit too tight. So today, let’s step back and look at some of the silly things that happen among Bogleheads, have a little fun, and maybe even learn something in the process.

So let me be very clear when I criticize my fellow Bogleheads that the amount of good being done on the forum is several orders of magnitude larger than the amount of harm.

Maybe there are more, but in relatively short order I was able to come up with ten areas where I think many Bogleheads are missing the mark.

# 1 There is “Boglehead Consensus” on Every Topic

This is one of my personal favorites. Sometimes it shows up as a poster asking “What do Bogleheads think of……” or “What is the Bogleheads Doctrine on….?” But more often it shows up in the answers from someone who feels like they speak for all Bogleheads. Well, there are over 91,000 Bogleheads and if the ratio of posters to lurkers is the same as on the WCI Forum, there are likely over a million people using the forum regularly. Needless to say, there is nobody who can actually speak for the entire community and there is actually very little that the vast majority of the community agrees on. Those principles are best summarized on the wiki:

It’s pretty hard to argue with much of that, but you’ll occasionally see someone arguing against numbers 5 and 6, but that is about it. Otherwise, people pretty much agree. But beyond that? There is very little consensus about anything.

# 2 The Three Fund Portfolio is Special

This is the classic dogma that isn’t doctrine. It has been prevalent for years and seems to only be getting worse since Taylor published his book. As I wrote in my post “150 Portfolios Better Than Yours“, there is nothing special about the three-fund portfolio (US Total Stock Market, Total International Stock Market, and Total Bond Market.) It isn’t objectively better than a two fund portfolio or a four fund portfolio. Total Bond Market Index Fund is not necessarily better than the Intermediate-Term Bond Index Fund. 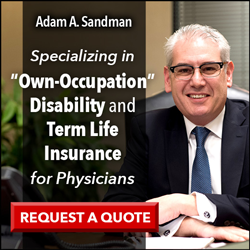 # 3 Optimizing Investments Is The Key to Wealth

The Bogleheads are very good at optimizing investments. They’ll help you pick the best funds out of your 401(k) line-up, do some tax-loss harvesting, get your average expense ratio down, and save some tax dollars. But they sometimes miss the forest for the trees. When it comes to reaching your financial goals, optimizing your investments is generally not at the top of the list, at least until the distribution phase.

Larry Swedroe is fond of saying that your portfolio needs to recognize your own individual need, ability, and desire to take risk. Bogleheads have adopted that statement wholeheartedly and repeat it frequently with long discussions about risk tolerance. There are two issues with risk tolerance that are far more nuanced than many Bogleheads recognize:

First, the best test of risk tolerance is what you actually did in a bear market when you lost a substantial amount of money. But all bear markets are not created equal. What you really want to know is what you will do in the worst bear market you will ever see in your life. Unfortunately, by the time you get there, it is too late to adjust your asset allocation to your risk tolerance. All those “risk tolerance” surveys professionals and laymen alike use probably aren’t worth the paper they are printed on as far as predicting actual behavior in market downturns.

Even if risk tolerance existed and could be measured accurately, why would it be an important factor to consult when considering how to invest? You should invest in the way that has the greatest prospect to fulfill your investment goals. That might mean taking more or less risk than you would prefer. If you are a sensitive soul who can brook no paper losses, the solution is to get a grip, not to invest “safely” if that locks in running out of money when you are old. 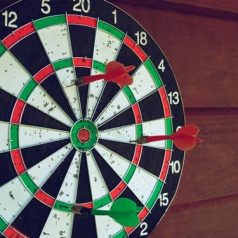 A lot of people need to be told to “get a grip” instead of having a long discussion about risk tolerance. I’m just amazed to see people who have decided they could tolerate a 65/35 portfolio but not a 70/30 portfolio. Don’t kid yourself. Those portfolios will perform almost exactly the same. If you can’t tolerate one, you almost surely won’t be able to tolerate the other.

I find it hilarious to watch people try to reduce their overall mutual fund expense ratio by a basis point or two. It was particularly interesting to watch those same people get flustered when Fidelity came out with index funds with a 0% expense ratio. As discussed under # 1, cost matters, and it matters a lot. But little costs don’t matter a lot. When costs get down to a certain level, other things matter more. For instance, with an index fund three things matter: 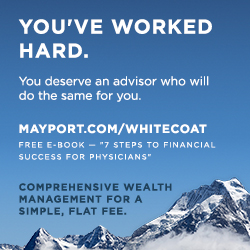 Wise investors take advantage of the benefits of both schools of thought. Publicly traded REIT index funds are not the only viable real estate investment. You can invest in real estate without getting 3 am toilet calls. Index funds are real investments in real companies with real profits, not “paper assets.”

# 7 Entrepreneurship is a Bad Idea

Along with real estate investing, any type of entrepreneurship is also frequently poo-pooed on the forum. It may be that the forum attracts conservative investors who tend to have stable jobs in engineering firms, corporate America, or medicine. They are correct that most small businesses fail in short order. However, there are plenty of examples right on the forum of very successful entrepreneurs who end up with portfolios of $5M, $10M, or even $50M. Instead of simply telling people not to engage in any sort of entrepreneurial pursuit, it would be better to provide advice about going about the process in a smart way, minimizing leverage and providing the longest possible runway, especially if it can be done initially on the side.

Talking to some investors you would think there was a high likelihood that they would need to liquidate their entire portfolio tomorrow. For a group that encourages a long-term perspective and avoids market timing, you would think they would be a little more open to capitalizing on the illiquidity premium with at least some portion of their portfolio. I simply cannot reconcile the need to have 100% of a portfolio be liquid when one only needs about 4% a year from it. I have surveyed groups of docs and asked how much of their portfolio they would keep liquid if they were being paid significantly more for being illiquid. Most respondents chose to place a majority of the portfolio into illiquid investments! Certainly putting 10-25% of a portfolio into illiquid investments is not an insane move.

The last couple of years an “anti-doctor” vibe seems to have crept onto the forum. Post after post in the “consumer issues” section seems to relate to a medical bill and how unfair it is. While I’ll be the first to admit that our health care system (and especially how we pay for it) has serious problems, the repeated suggestions on the forum to not pay bills or demand discounts wear thin. Guess what? Doctors are expensive. If the bill is accurate and your insurance company has paid its portion, then it’s time for you to pay your portion. If you don’t like the deal you made with your insurance company or the deal the insurance company made with the doctor on your behalf, then go to a new insurance company. But singling out physician bills over all other professions is not fair when they have already provided you the promised services.

# 10 Mr. Money Mustache and Dave Ramsey Are the Devil Incarnate

Once or twice a month there is a thread dealing with one or the other of these two individuals. Rather than acknowledging the massive amount of good these two public figures have done in the world, posters nitpick the things they do not agree with and warn against ever reading anything these two gentlemen have written or said. 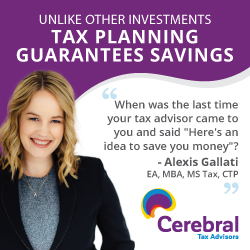 I don’t think there is ANYBODY in the financial world that I agree with on every point. And I think any reader or listener of mine that agrees with EVERYTHING I say probably needs to do more reading. But that doesn’t change the fact that there is a lot of wisdom coming out of both of their mouths. Take what you find useful and leave the rest. The same applies to every advisor you ever listen to and book you ever read.

What do you think? Anything else that Bogleheads frequently get wrong? Do you think these are valid criticisms? Comment below!